I know, I have already written about it on the blog a couple of years ago, but every time I see it I just can`t keep silent! Yes, I`m talking about nazri and people`s excitement about getting more of it.

Let me first remind you what nazri is. It`s food (or drinks or snacks) given out for free by people for various reasons. Some give out food to thank God for something, some – for the memory of Imam Hossein, while others – just to keep a tradition. I have written more about nazri in this post.

So, during the first ten days of moharram people give out food almost at every corner. On the last two days (Tasu`a and Ashura) you will be granted food even if you don`t want – that`s how many people give nazri! However, some Iranians take advantage of it turning Ashura, the peak of mourning, into a hunt for free food, stopping by at every heyat. Last year I discovered an app Nazriyab which offers a map of places giving out nazri mentioning as well what kind of food you can get there. 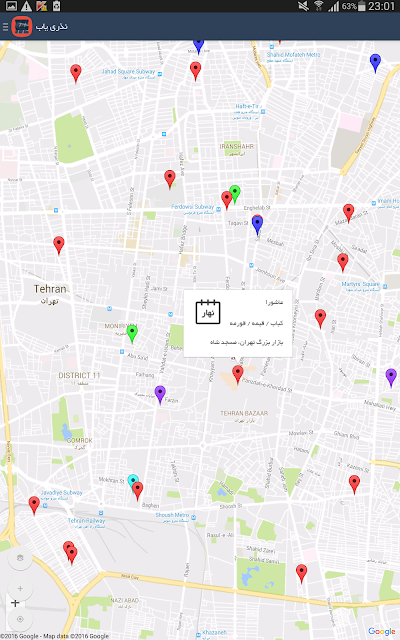 Of course, there are many Iranians who criticize others for such behavior. Some use social networks and the web to set them on the right path. You can see many caricatures on this topic on the net. Here are some of them.

However, I am not the one to judge as I myself wouldn`t mind a free cup of tea or even a meal 😛

And, of course, it would be interesting to know your opinion on the topic and if this kind of behavior can be seen around the world. 🙂

PS If you by any chance are interested in Nazriyab app, you can get it on their website.