Mourning in moharram reaches its culmination on the 10thday of moharram which is known as Ashura. On this day since morning people either take part or just watch mourning processions in the streets of Tehran. The procession starts with boys carrying flags with writings about Imam Hossein. They are followed by “alams” which are the central part of the whole ceremony and draw all people`s attention. “Alam” is a huge and heavy metal thing covered with feathers, metal figures of birds, lions and deer, every element of which symbolizes something. Although “alam” is extremely heavy, it`s carried by only one person who wears a special belt to help him carry it. 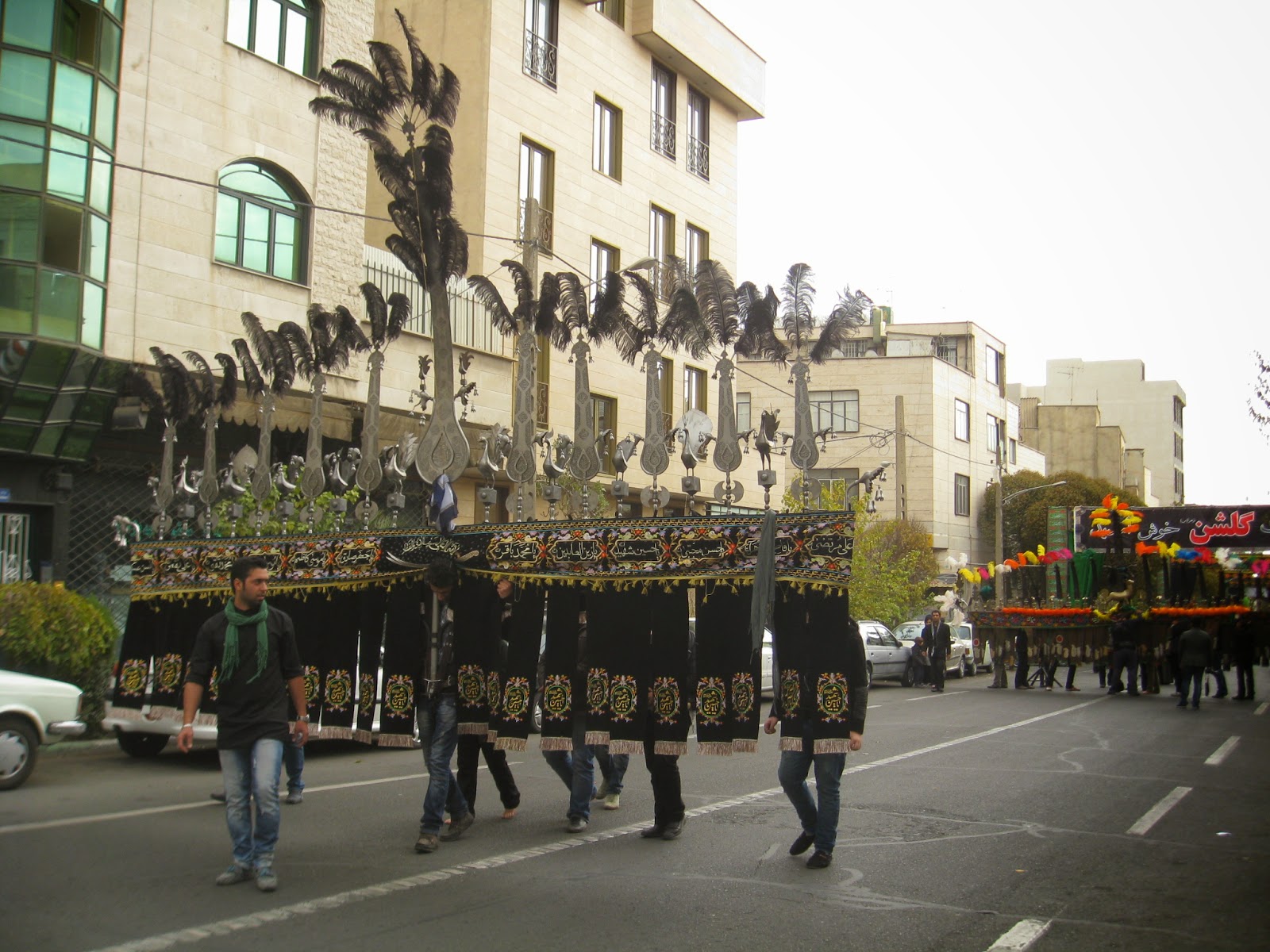 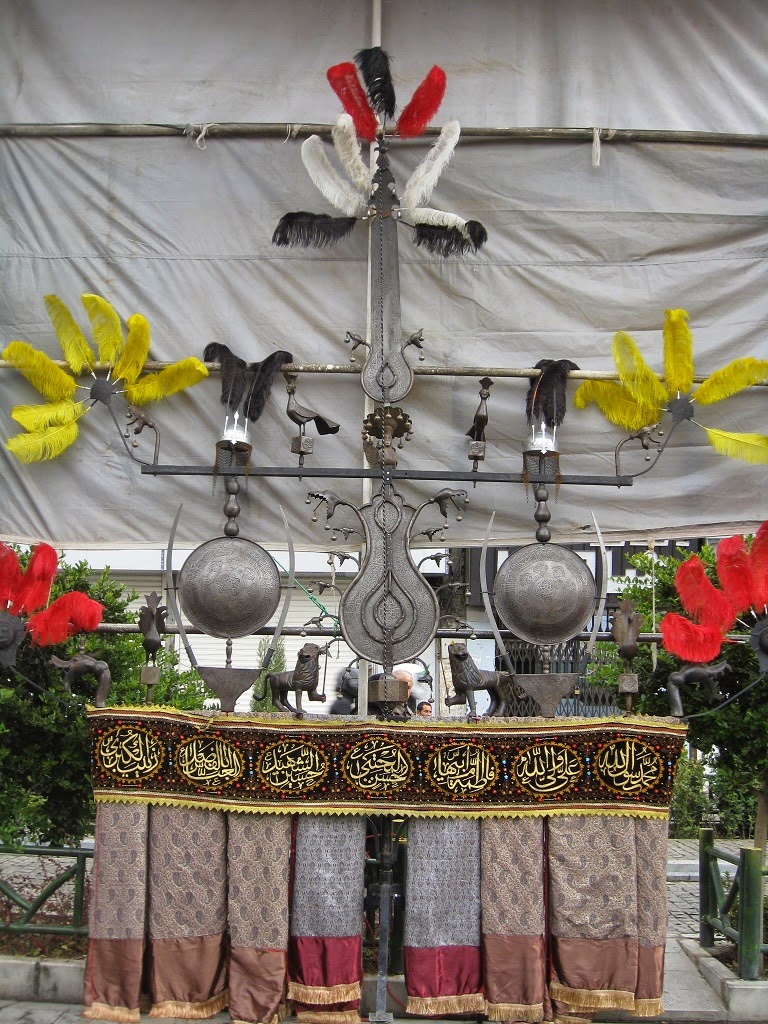 “Alams” are made in different size. The smaller ones like the one below, are meant for young boys.
For more photos check out my Instagram gallery!
The “alams” are then followed by people (men and boys actually) who beat themselves with a bunch of chains in a special rhythmic way that rhymes with the “nouheh” (a religious mourning song) that is broadcasted through huge speakers following the procession. Although the beating is symbolic, your shoulders will hurt after several hours. 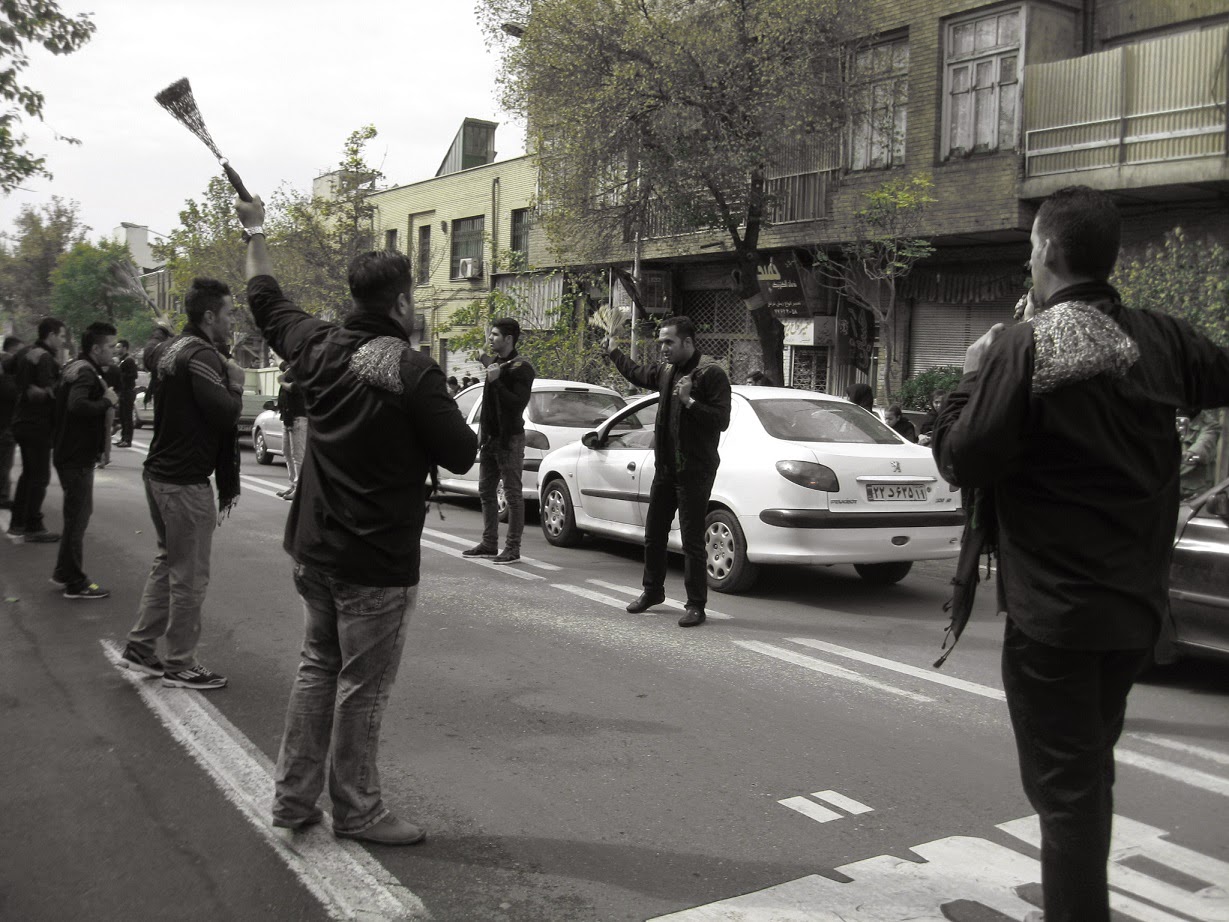 Then sometimes come different symbols of the Ashura tragedy like the model of Imam Hossein`s shrine, a cradle of Ali Asghar (Imam Hossein`s baby son who was also cruelly killed), the torn hand of Abbas, a corpse without a head, sometimes even actors playing parts of Shemr and Imam Hossein`s followers or a camel that instead of reminding people of the tragedy, gives small children a ride. 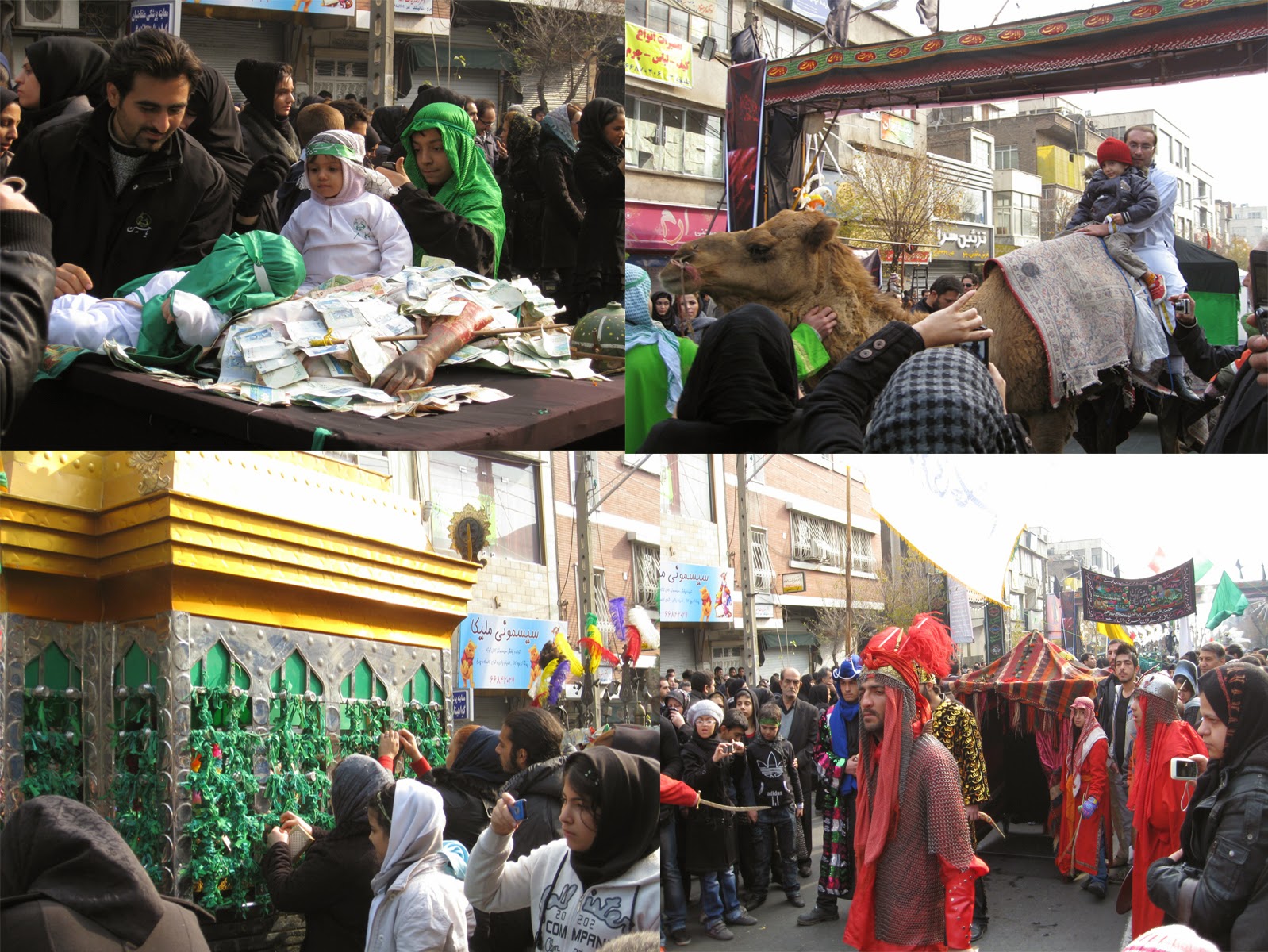 These mourning processions are very different and they depend on the “heyat” they are organized by (“heyat” is a place that organizes mourning ceremonies during moharram and gives out free food, remember?). Some “heyats” are formed by people from other provinces, so their mourning ceremony is held right like in their hometown.
Spectators are kept full and warm during the processions. On the streets you can find numerous places spreading warm milk or tea, sweets and food.
The main thing I`d like to say about Ashura is that lots of foreigners living in Tehran try to spend this day at home in fear. But I suggest you go out and experience it once. Iranians will be happy to let people know more about culture and won`t mind presence of foreigners on these processions. The whole ceremony is just a symbol, people don`t go crazy on it and attack others or hurt themselves – they just show their grief in symbolic acts. Moreover, lots of people come to the streets on that day just to take some nice pictures, have some warm drinks and just have some time out! So don`t be afraid to be one of them!)
More pictures on Ashura in Instagram!
There are lots of things that can be told about Ashura that cannot be covered in this post, so please, don`t hesitate to ask your questions, and I`ll be happy to help!) 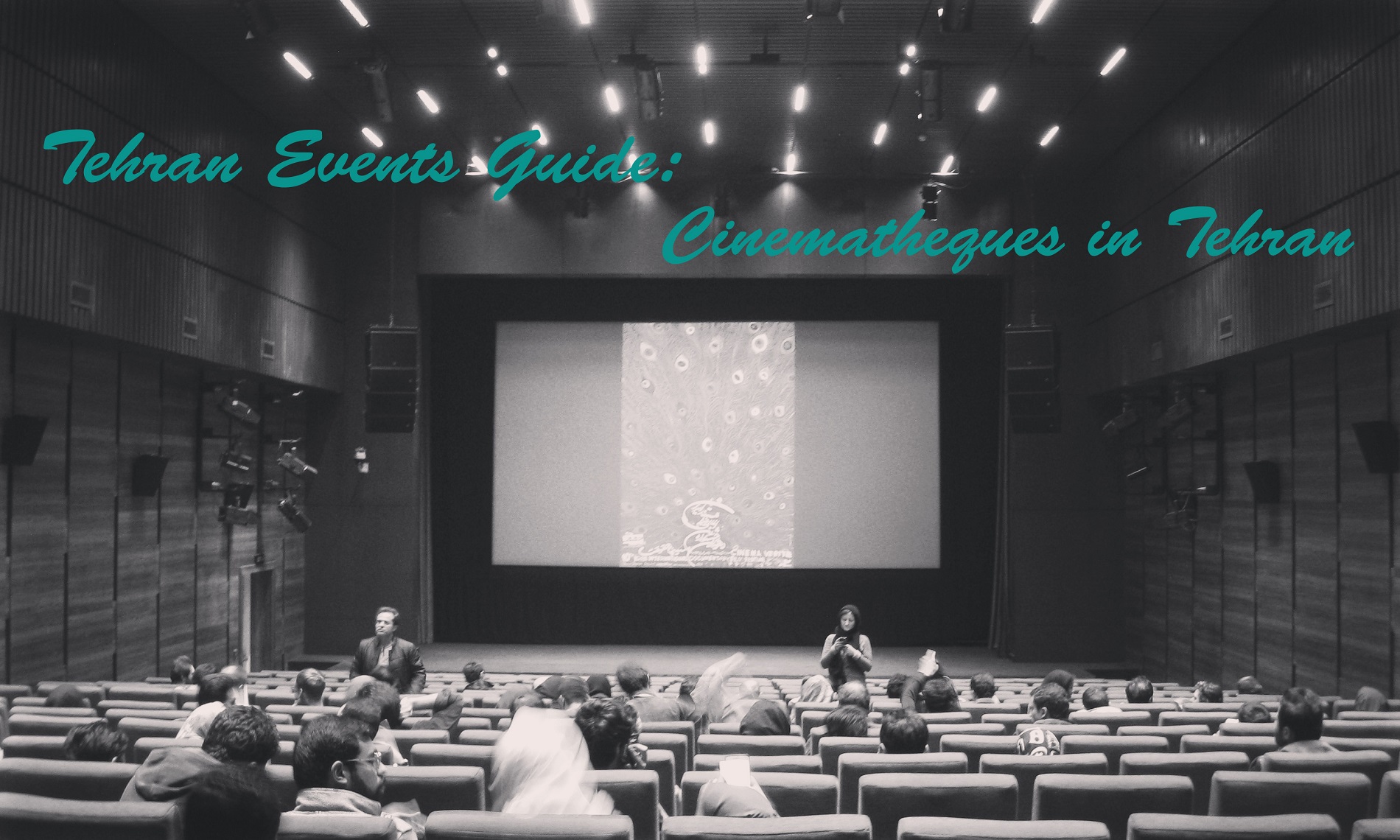 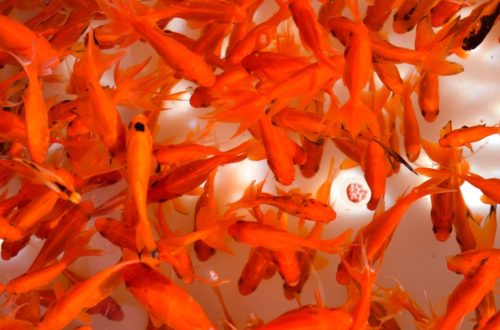